Although we live on the East slope of the Rockies in Alberta we are suffering badly from smoke pollution drifting over the mountains from the extensive BC wildfires. The last two days have been particularly bad, in fact this morning the the AQI (Air Quality Index) in Canmore was at 502, the highest I have seen it so far which was 140 times the WHO recommended exposure. As I write this it is still rated at 337, which is considered hazardous.

Although meaningful photography is pretty meaningless in these conditions I wanted to show a couple of examples of just how bad it is. 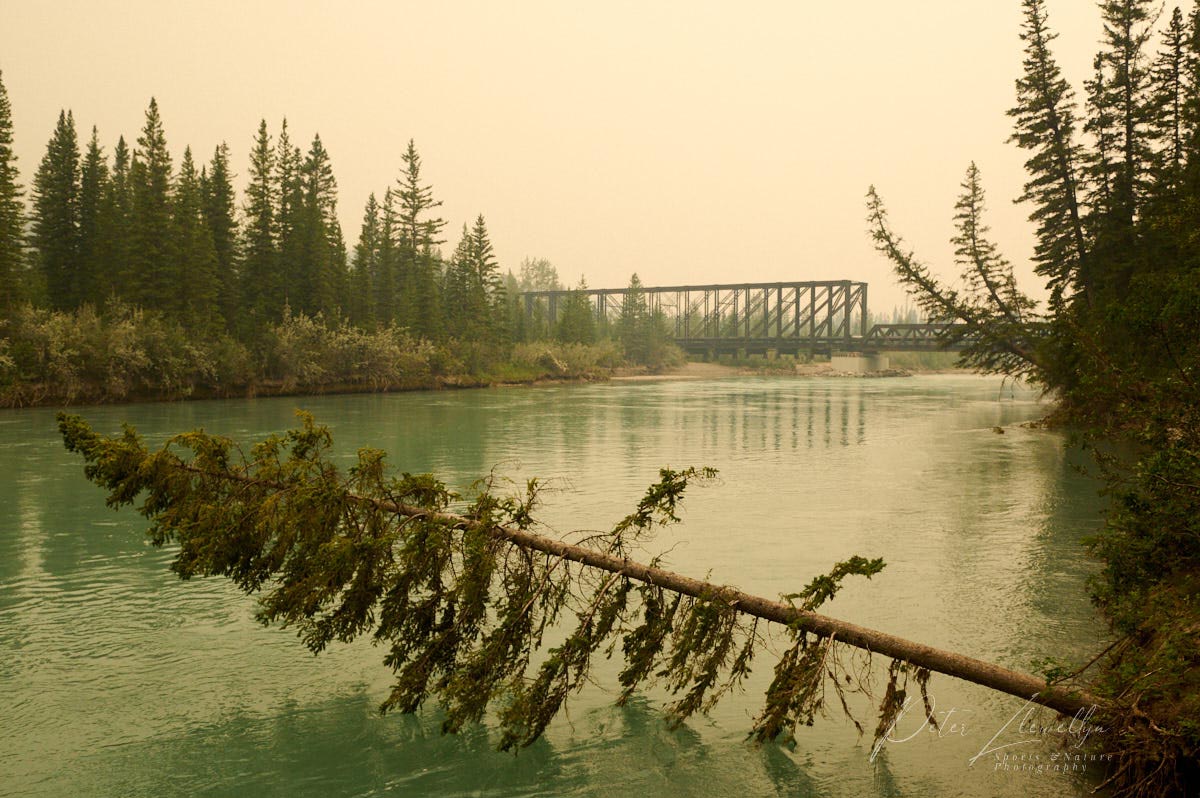 Normal view toward the Old Engine Bridge over the Bow River

We are forecast for rain later today, everyone here is praying it comes and is extensive, and here’s hoping it makes it’s way over the mountains into British Columbia to assist with the firefighting efforts there.

Powered by WordPress - Theme via PhotoDeck